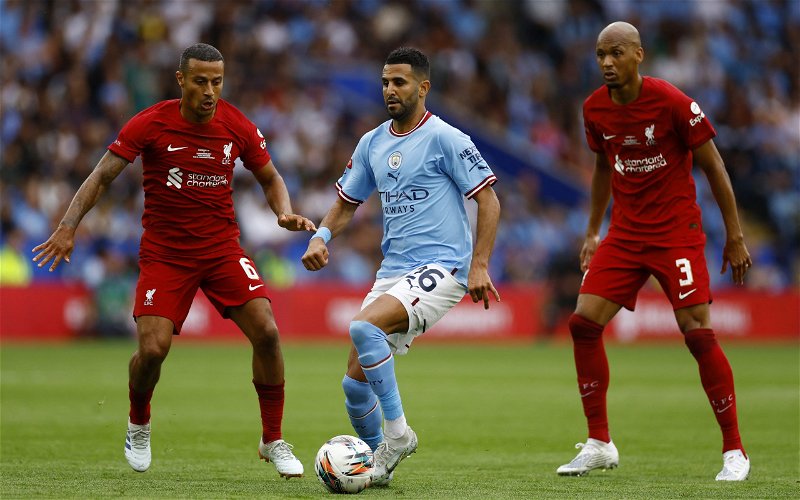 Manchester City lost 3-1 to Liverpool in the Community Shield final on Saturday and Riyad Mahrez was one of many players who underperformed at the King Power Stadium.

The 31-year-old started on the right flank as Phil Foden was short of match fitness but didn’t have the best evening and was hooked before the hour mark by Pep Guardiola.

Sean Walsh of 90min gave Mahrez a player rating of 6/10 and said his performance was ‘rather sluggish’. Simon Bajkowski of the Manchester Evening News gave the Algerian international a player rating of 5/10 and criticised him being caught offside and for spurning a good opportunity to equalise.

Against Liverpool, Mahrez played for 57 minutes, had 30 touches, complete 76.5% of his 17 passes, created one chance, had four shots with three hitting the target, failed to whip in an accurate cross, was fouled three times and failed to make a successful dribble.

The 31-year-old scored 24 goals with nine assists from 47 games in all competitions last season, but he didn’t look like the same player on Saturday. With Phil Foden waiting in the wings to play, Mahrez will need to improve when City lock horns with West Ham United on Sunday, August 7.

In other news, Jack Grealish was below-par v Liverpool