He Gave Us Nuffin, Jeff

Just how suitable is this unbelievable so-called referee Damir Skomina as a UEFA official? At the expense of sounding like what we used to call a “bitter blue” and dispensing with the fact that on the four previous ties we have played with this man in the middle we have lost, it was a credit to Manchester City that they kept their heads clear and finally found a winning goal courtesy of David Silva close to the end of the match.

But it might have been different. With another of City’s old guard and captain Kompany getting caught out playing the offside after 44 seconds, it could have been an uphill struggle in another German cauldron, but at least “Sergigol” levelled proceedings 7 minutes later following excellent work by Sane, burning the grass down the left wing.

After that, it was a procession towards the Hoffenheim goal. The chances appeared, the chances were scorned. Aguero could have had a hat trick, Sterling missed a couple and Sane too could have added to the score. Throw in a couple of misplaced free headers from Otamendi and we should have seen a cascade of goals before the half-time break.

With City delivering such heavy possession stats, Mr Skomina took it into his power to assist Hoffenheim wherever he could, giving City nothing and penalising them more or less at will. Some of his decision-making was simply ridiculous. He pulled City back for taking a quick throw-in and lost City their advantage and in the second half turned down a penalty that a blind mouse would have seen. Even the TV pundits were left speechless. 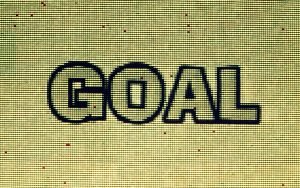 But finally Hoffenheim yielded when a defender was caught daydreaming, the ball was stolen from him by David Silva who calmly slotted it past the hosts’ captain Baumann, who in fairness had made an excellent save from Aguero in the first half.

A hard-earned three Champions League points for City before their next trip to the frozen wastes of Ukraine.

To answer the opening question a man wearing a jester’s suit would have put in a better performance than this clown. If you are beaten by a better team, you will find no negatives in these pages, but when every tip and tap was a freekick for Hoffenheim and similar or worse against City was “play on”, you have to ask the question.

But never mind. Take the points, take the plane and hope he never re-surfaces.