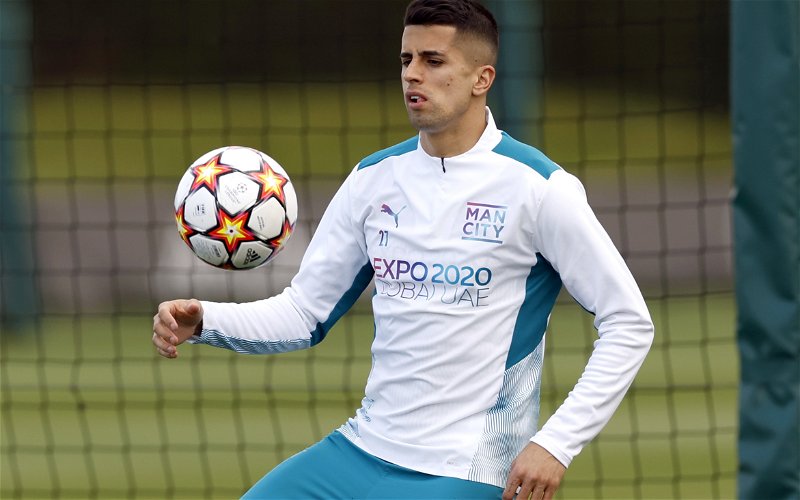 Manchester City’s decision to sell Oleksandr Zinchenko coupled with their failure to sign a replacement left-back leaves them in a difficult situation this season.

Joao Cancelo successfully operated in the makeshift role last season out of neccessity when Benjamin Mendy was suspended, but Zinchenko was waiting in the wings and could be relied upon for big games.

Now he’s gone, Pep Guardiola is over-reliant on Cancelo and was left down by the 28-year-old in the Community Shield final. Man City suffered a 3-1 defeat to Liverpool at the King Power Stadium and Paul Robinson said Cancelo was a particular disappointment.

He told Football Insider: “Cancelo did brilliantly at left-back last season. He was in my team of the year. He was outstanding. It has to be said though, he had a tough afternoon against (Mohamed) Salah (in the Community Shield final). He was exposed one on one against him.”

The 28-year-old struggled to keep Salah at bay and was found wanting a number of times. He is coming off the back of a fantastic season at City despite not being a natural left-back, but Guardiola is placing a lot of faith in him to continue in a role that isn’t his best. It’s a major gamble.

That being said. Cancelo won’t have to come up against a player of Salah’s quality every week. The 30-year-old, who had a hand in two goals against City, scored 31 goals with 16 assists from 51 games last season, so Cancelo will be glad to see the back of him.