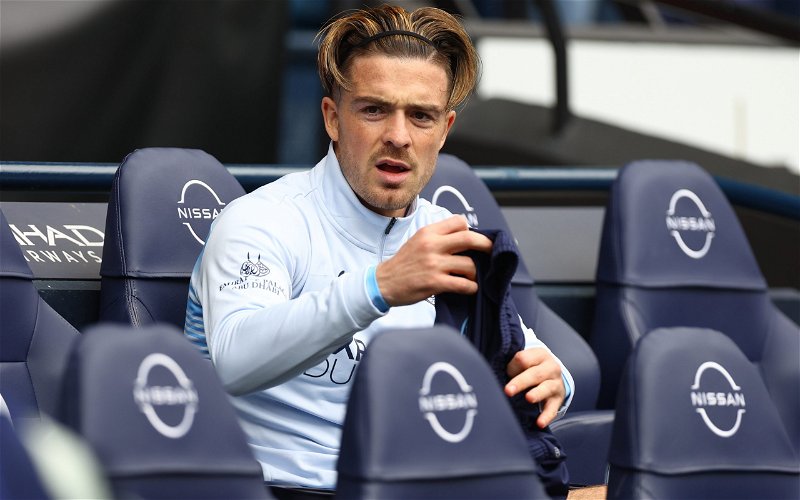 Manchester City travel to the London Stadium to face West Ham United in the Premier League on Sunday afternoon and Paul Robinson predicts that Jack Grealish will be dropped.

The 26-year-old started in City’s 3-1 Community Shield final defeat to Liverpool and was replaced before the hour mark by Phil Foden after failing to impress, so Robinson believes Pep Guardiola will start the 22-year-old instead.

He told Football Insider: “The wide positions will be on a rotation at City this season. Guardiola has the luxury of picking from 18 world-class players. Whoever is on the bench one week could be starting the week after.

“Grealish is not the main man he was at Aston Villa. Everything revolved around him there. That is not the case at City. It is going to be a tough decision at the weekend. Whoever doesn’t start will come off the bench to replace the other. That will be the case all season.

“Reading into the fact that Foden came off the bench in the Community Shield, I’d expect him to start against West Ham. It looks like Foden will start and Grealish will come off the bench. That is a role Jack has to accept.” 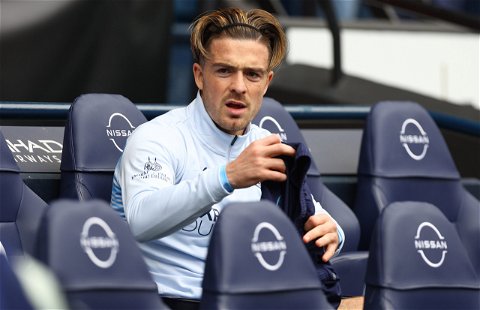 Grealish is coming off the back of a disappointing debut season in Manchester. He signed for £100m last summer but scored just three goals with three assists from 26 Premier League games.

The England international was criticised for playing it too safe in possession against Liverpool and has been called ‘scared’ in regard to his relationship with Guardiola, so his place in the side might be uo for grabs.

Foden didn’t start in the Community Shield final as he was short of match fitness, but he should provide more of a threat after scoring 14 goals with 11 assists from 45 games last season.

In other news, Joao Cancelo criticised for being ‘exposed’ in Man City’s Community Shield final defeat to Liverpool