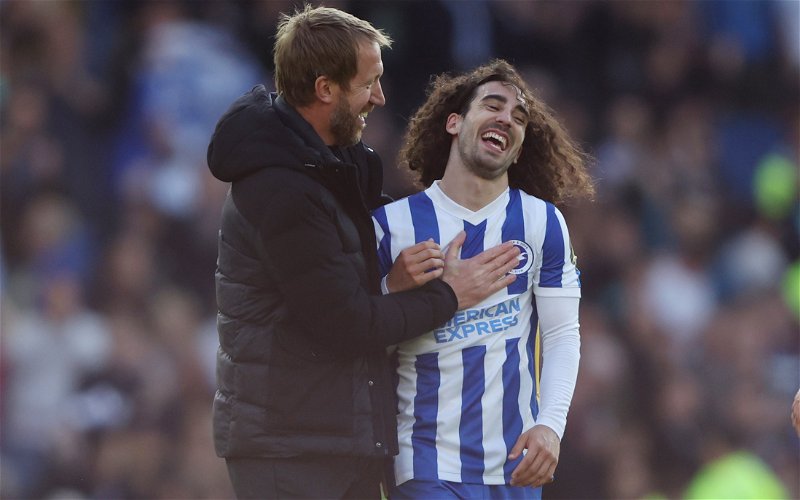 Txiki Begiristain may be feeling somewhat embarrassed after sanctioning the sale of Oleksandr Zinchenko only to pull out of a deal for his replacement due to qualms over the asking price.

Despite Manchester City paying in excess of £50m each to sign Kyle Walker, Benjamin Mendy and Joao Cancelo the last few years, they refused to pay the same for Marc Cucurella. A £30m bid was rejected and a £40m offer in the works didn’t convince them either.

Brighton & Hove Albion wouldn’t budge on their valution and opted to end discussions with City, but Fabizio Romano says Chelsea are now winning the race for his signature, so a Premier League title rival has successfully hijacked the bid.

Romano says an ‘agreement has been reached’ for personal terms between Chelsea and Cucurella. The Blues are expected to talk with the Seagulls to finalise a transfer fee too, so this will irk City. Guardiola was a big fan of Cucurella and believed he was good enough to make the left-back spot his own.

But now the defending champions will have to turn their attentions elsewhere.

In other news, who was the ex-Barcelona and Juventus striker that Man City sold in July?