Manchester City Humiliated Manchester United In More Ways Than One

Manchester City Humiliated Manchester United In More Ways Than One

Team of the Week

How many Manchester United players do you see in Garth Crooks TOTW? 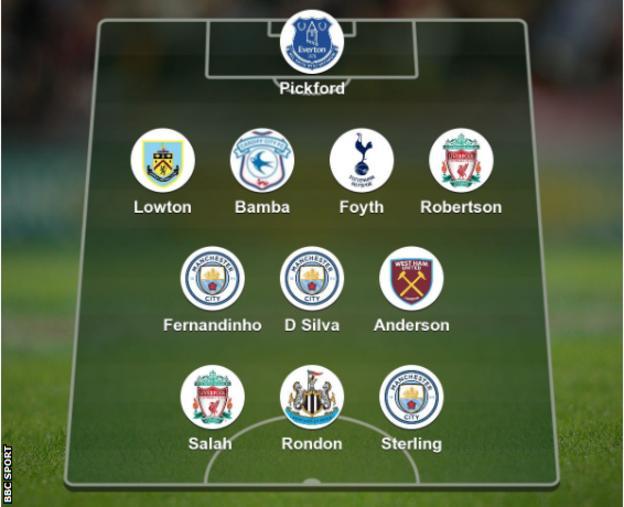 BBC football analyst Garth said this about three of his City player entrants.

“Regular readers of my Team of the Week will know how I adore Fernandinho. There cannot be a manager in the Premier League who would not want him in his side.

“There was a priceless moment in the Manchester derby where Fernandinho grabbed Riyad Mahrez by the scruff of the neck (in a Dave Mackay-Billy Bremner fashion) because he was forced to run past Mahrez in order to make a tackle when United appeared to be getting back into the game. Mahrez was substituted shortly afterwards, probably for his own safety.”

“He doesn’t score many goals but when he does they are either immensely important or spectacular. Silva’s goal in the Manchester derby was certainly important.

“The little Spaniard was superb in the first half and even better in the second. What a time to take Manchester City two points clear at the top of the Premier League table just before the international break.”

“Last week I implored Raheem Sterling to sign the extension offer on his contract, not for the money but because it was the best move for his long-term career. Sterling has now settled that issue and signed.

“His performance against Manchester United epitomised a player who is destined to win trophies and be the best. This Manchester City team is a bit special but to prove it they must win the Champions League, and Sterling suddenly becomes world class.” 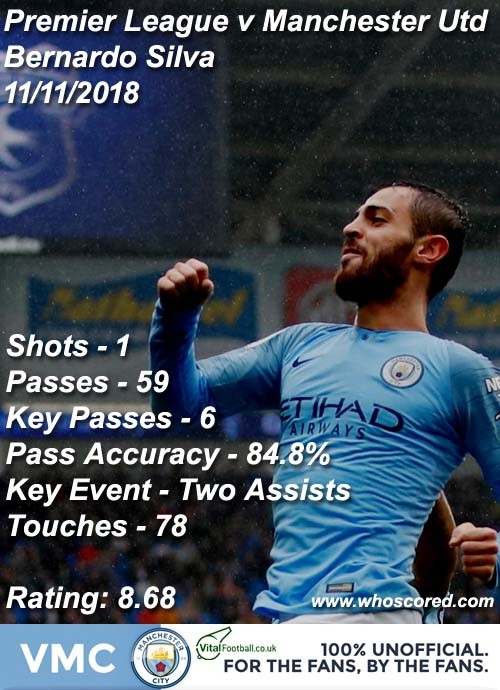 SofaScore Team of the Week

Team of the Week provided by Sofascore LiveScore

How did you rate the City players?