Something Blue Is Coming – Revealed? 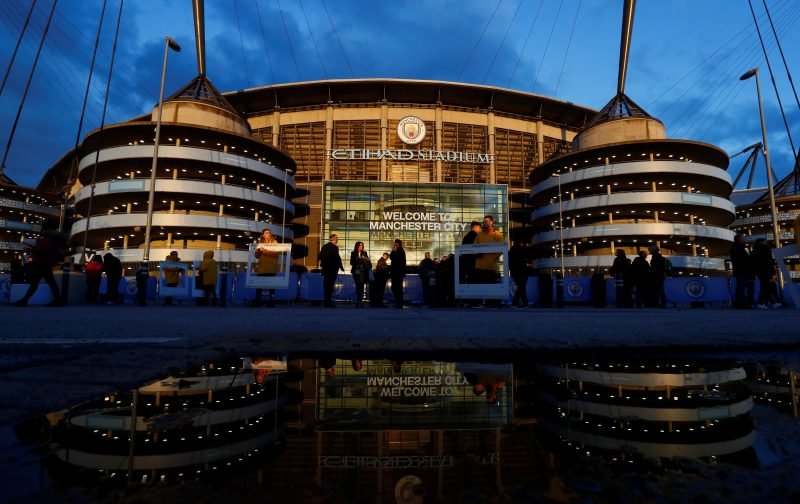 Manchester City FC has set the scene by publishing an intriguing short-clip teaser. The thing is, it’s going to take some cunning leg-work to decode the message days before the club reveals all.

To be ahead of the game VMC has asked Inspector Clouseau to investigate. His perimeters have been set, and he’s agreed the following lines of inquiry will be thoroughly investigated.

The club has unveiled their 2018/19 strip, and so that line of inquiry can be ruled out. But what about a new or improved sponsorship?

An SAP technology icon is visible, so, will they have some sort of involvement? I’ve had a look at their website, but there is nothing visible which could give a clue.

The new Deadpool 2 movie is scheduled to be released on Friday 18 May, and so I wonder if MCFC has recruited lead actor Ryan Reynolds to bring his role to life, especially when United fans visit next season.

The person under the mask is walking away from the stadium. But where is he going? Is the hint in the clip, is one of our star players about to leave IE Sergio Aguero?

As ever, City are being linked with every Tom, Dick, and Harry, however, Pep has said numerous times that the club will only sign one, possibly two recruits in the summer.

With the transfer window opening early next week could we expect MCFC to make their first major signing of the summer?

Was the person under the mask Wayne Rooney, in disguise?

Here are a couple of realistic examples.

Jorginho, a midfielder from Napoli

Is the club about to introduce a brand new blue cheese?

Will Inspector Clouseau get to the bottom of this conundrum by the end of the weekend?

My best guess is that the club will unravel the mystery on Wednesday (coughs)!!