Manchester City enjoyed a 2-1 win over Paris Saint-Germain on Wednesday night, coming from behind at the Etihad Stadium to pick up all three points in their final Champions League group game, and Bernardo Silva was singled out for his performance.

The 26-year-old didn’t misplace a single pass against PSG and assisted the winning goal for Gabriel Jesus, so he was more than influential over the 90 minutes. Silva was given a player rating of 9/10 by the Manchester Evening News and was praised by supporters on social media for the contribution. 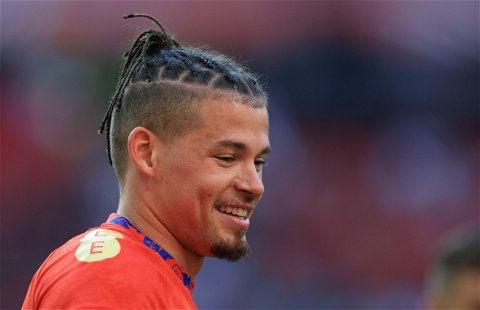 bernardo silva is one of if not the best player in the world rn, gem of a baller

Bernardo Silva plays like his feet and the ball are stuck to a magnet. Different class!! https://t.co/EAFKpmS0Lc

Against PSG, Silva played for 90 minutes, had 56 touches, completed 100% of his 48 passes, created two chances, whipped in three crosses and had one successful dribble. For City’s winner, the Portuguese international cut back a cross with his first touch for Jesus to score from close range and it caps a marvellous season the former is having.

Despite being tipped to leave the Premier League defending champions over the summer, Silva has gone on to make 17 appearances in all competitions this season, scoring four goals with two assists. He’s been outstanding under Guardiola, which is why he always had his manager’s trust even when seemingly wanting out.

In other news, some fans hail ‘brilliant’ Man City man for ‘phenomenal’ performance