According to a report from the Daily Mail, Premier League medics believe that the season could still carry on after the potential restart even if players and staff were diagnosed with coronavirus – prompting plenty of City fans to react in horror.

Following recent events, the season has been temporarily suspended as part of the government issued nationwide lockdown to help curb the spread of a worldwide pandemic – but some league medical staff seem to think that business can resume even if players become infected.

The Mail can reveal that if certain players were diagnosed, it would be treated similarly to a footballing injury – in which case the squad member would be taken out of action and placed into recovery while the rest of the team carry on as normal.

Could the season carry on if players were infected? 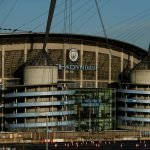 Reacting to the ‘baffling‘ rumour, many Sky Blues flocked to have their say on Twitter – find all of their best comments down below.

Absolutely ridiculous, with symptoms taking so long to show, a player that tested positive could’ve played 2 games whilst being contagious and potentially passed it on to 100s of people. Surely league will just have to be stopped again then

because muscle injuries are contagious aren’t they

Are they actually crazy!!!

So if one player gets it then the whole team needs to be quarantined? And this is ok with the PL? How bizarre….still, it’s all about the money with them I suppose.

This needs to stop…